Jill Murphy (5 July 1949 – 18 August 2021) was a British author and illustrator of children's books. First published in 1974 at the age of 24, she was best known for the ''Worst Witch'' novels and ''Large Family'' picture books. Her books have also been adapted for television and stage. She has been called "one of the most engaging writers and illustrators for children in the land". Provided by Wikipedia
1 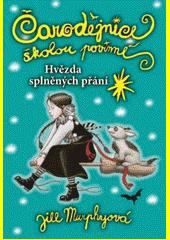